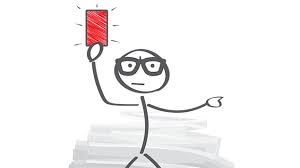 There can`t be anybody who`s not heard of or used the phrase, "there`s one law for them and another for us" the terms "them" and "us" being who the listener wants them to be.  There is also the commonly accepted concept that the more of an object or a commodity one possesses the less value is perceived of a single item of that object or commodity.  An obvious example is money.  £10 to a receiver of social security and other benefits is worth almost literally infinitely more than the self same amount to a multi millionaire.  And what has this to do with what is a magistrate`s blog or perhaps more accurately the thoughts of a retired magistrate?  Confidence in equality before the law and confidence in those who administer the law are fundamental to our democratic well being.
At the last count earlier this year there were 12,651 magistrates in England and Wales whilst there were 3,174 judges of all levels of jurisdiction from county courts to the Supreme Court.  However reading through just a single year of disciplinary cases (2021)  and for any other year the cases against judges are rare and the outcomes relatively mild as opposed to the numbers and outcomes of J.P.s sanctioned.  Statistically there might or might not be simple explanations.  However the latter are usually in the star chamber owing to personal failings of one sort or another.  Judges` failings on the other hand have a direct effect on legal outcomes where an eager media seem regularly to inform us that government law officers; the attorney general or solicitor general have appealed for a serious offender`s sentence to be increased. On the assumption that a sentencing judge has consulted the sentencing guidelines prior to his/her decision pronounced in open court and has had the requisite experience and training to preside on such serious criminality in the crown court I often wonder at what if any level of "sentencing error" do judges have to undergo some form of retraining?  With most other professions disciplinary processes are in the public domain.  When there are attempts to limit public access as in police gross misconduct cases at least media are informed with the consequent publicity itself of imposed secrecy being used to castigate the particular authority involved.

The rule of law is fundamental to our continuing functioning as a democracy. Parliamentary proceedings where there is even the remotest suggestion of government attempts to stifle or thwart such is broadcast near and far. But against this trend the judiciary seem to be above criticism.  Perhaps the Lord Chancellor and his advisors are fearful that undermining judges and judicial authority with open disciplinary processes would in itself undermine the rule of law.  I would urge them to see a bigger picture.  If judges` errors and human failings are suspect more harm will ensue to the body politic by their being covered up than fair and and open admittance of their happening. In the interests of fair play sometimes the red card must be shown and be shown publicly.