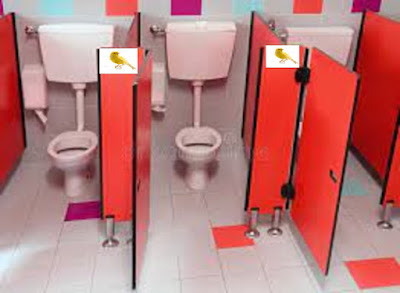 The story goes that the indigenous native Americans, pre communist Chinese and many other societies of the last and previous centuries revered the elderly of their populations who were relatively few in number cf modern times for their wisdom.  For many, especially those under 40,  in an age of instant mass information and communication such reverence is but a footnote in history. In some respects no amount of empathy by the young with the elderly can ever truly reveal the changes which age bestows upon us.
When I blogged here 27th October 2016 I was entering upon my last quartile of life or as much of it as I was offered by powers greater than mine. The following year that  basic human requirement denied to many as posted above was excoriated by me yet again as its deprivation led to more court appearances and criminal records. To pee or not to pee has become for so many innocents especially after closing time a question of risking the wrath of the law or the discomfort and embarrassment of pissing themselves.  It`s not just public lavatories being closed that councils are reducing services which are not near the top of their functions considered essential. Council run public dump sites have imposed appointments systems on anyone who has items for disposal.  No more attempts to be customer orientated the Covid pandemic being the temporary excuse which has become universal in so many spheres of our lives.

Personally I now plan my long distance trips by ensuring as much as I might be held up by delays that I use motorways with their guaranteed 24 hour lavatory facilities such consideration alien to my younger self of even 20 years ago.  On that personnel level a few weeks ago I was in the seaside resort and golfers` paradise of Troon on the Ayrshire coast.  A wonderfully sunny Saturday  warm afternoon had brought thousands from Scotland`s industrial heartlands to the fresh air, wide sandy beach and Italian ice cream parlours for which the town is famous in Scotland.  Despite carefully rationing my liquid intake walking along the promenade I found myself in need of what euphemistically is known as a public convenience.  Eventually there it was; a redbrick building with minimum signage as to its purpose.  However as I entered there was a queue barred by an electronic gate; highly unusual in my experience. The chap in front explained that a credit card was needed to gain entrance to the porcelain lined activities area.  There was no attendant and no cash alternative to access the interior. As the chap ahead of me took out his phone in anticipation hoping that it would suffice in place of a real piece of plastic a relieved man of my own vintage exited the electric gate opening for him.  My fellow in need ahead of me inserted himself through the entrance before the gate could close and I followed doing likewise.
I am not anally orientated.  With a population living longer in every generation the needs of the body need to be accommodated by those who make the rules realising that at 60+ most [many?] people are very sound in mind, are actually quite wise and require public services as much as teenage addicts or autistic children.  This is a national problem. Yesterday`s Times carried the article below.

Public urination is usually included in the by-laws of individual local authorities under Section 235 of the Local Government Act 1972. A Penalty Notice for Disorder - PND (Section 5 of Public Order Act 1986) is the likeliest course of action of a police officer who catches someone urinating in public. PNDs are used by officers to deal with low level, anti-social and nuisance behaviour. A fine of £50 or £80 is issued to be payed within 21 days of receipt of the notice. But of course all magistrates have had before them defendants charged with the more serious  Outraging Public Decency (Criminal Justice Act 2003) - prosecution under this act is extremely rare. However a “plainly indecent” act carried out in public in front of two or more people could result in an unlimited fine or prison terms or Indecent Exposure (Sexual Offences Act 2003).  Indecent exposure occurs when a person displays part of themselves in a public place that is considered as being offensive or morally unacceptable. Punishment can range from a fine to a maximum 2 years prison sentence.

Society doesn`t break down overnight from the impact of an asteroid.  It collapses when a sense of moral order, respect and compassion for all its members is removed, forgotten or overlooked by the forces of power, envy or indifference.  It is an insidious process. It is continuing its inexorable  traverse across so many of our institutions that we ought to be concerned that council refuse dumps and public lavatories are being denied to those who need them. They are but canaries in the coal mine. Who knows what is coming next.