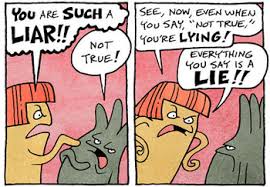 "Essentially, the public interest defence means that, even if the meaning of a statement is potentially inaccurate or defamatory, there is an added protection if those statements – whether they concern high-profile policy decisions or the use of public money – speak to matters of high importance, and are published responsibly with an opportunity to comment."
The preceding extract is from Byline Times in which was described the recent legal ordeal of Observer journalist Carole Cadwalladr. As a non lawyer I can only attempt the leaps of imagination of those pinhead angels who can offer a truly authoritative opinion on the legal machinations which must have perplexed many.  My bottom line of this business is that at its root an inaccurate published statement can be considered lawful if circumstances so demand.  However one views the plaintiff`s moral or political position it is in my humble opinion a verdict which would be highly suitable for appeal so that fellow non lawyers might understand the workings of this very important legal precedent.  As a public interest defence is often the means by which whistle blowers stand against the laws promulgated by government against the publication of  government secrets cases of this type should matter to all who are interested in freedom of the press a freedom that this government in particular does not appear to enjoy or readily endorse.
Whilst on the subject of libel, the matter of Begum -v- BBC was found in favour of Ms Begum a Labour Party councillor in the City of Westminster.  In short she won her case and £30K in damages.  In reality our so called national broadcaster and its employees at varying levels of responsibility were shown as being incompetent. Noting that its logo on TV has followed the almost religious fervour surrounding OUR NHS, the BBC has followed suit and is now trying to convince us that as OUR BBC it should have a similar totemic appeal as part of its opposition to cuts in funds provided by taxing our individual incomes on an annual or monthly basis.   I wonder how much that innovation cost?