FROM ROE-V-WADE TO NEW MAGISTRATES AND MUCH IN BETWEEN 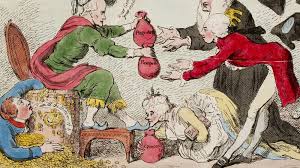 Generally the most interesting legal news events are covered by national media. By their very nature such events are of but passing interest to many people. Some are centred in distant places or of topics distant in importance to the average reader.  Apart from expressing my own opinions there are always some areas where what goes on in courts can have a real effect on the majority of citizens who have never stepped inside such a building.


Drink driving and speeding are topics which can crop up around any dinner table at any time.  The former offence can be almost as lethal as waving about a sword  or knife in a public place; an activity which depending on the circumstances can lead to a lengthy jail sentence.  Most of us refrain from such activity but driving after just a glass or two of wine or just a pint of cider...........Drinking is a social activity; carrying a bladed article is not.  The offenders here are free to continue their lives but with the alcohol levels they had consumed they are lucky they caused no collateral damage.  Considering that driving subsequent to drinking is a voluntary act I personally consider that the custodial option should be more readily available but of course a prime objective of the MOJ is at a minimum not to increase the numbers of those incarcerated.

The Guidelines above seemed to be irrelevant to Recorder Penelope Stanistreet-Keen at Derby crown court. If ever an appeal should be lodged to question the leniency of a sentence this is a prime example. Perhaps the local MP should take advice from his colleague in Cheshire.

The unlamented former Obergruppenführer Jeremy Corbyn is being sued for libel; an unprecedented situation for a major British political party leader.  Senior ranks of the Labour Party have been associated with antisemitism accusations for some years . Indeed last year the television presenter Rachel Riley was awarded £10,000 in damages by a high court judge after suing a former aide to the aforementioned Jeremy Corbyn for libel. In 2018 a recording of Corbyn in 2013 expressing his opinion of Jews is likely to figure in the forthcoming legal proceedings: " “They clearly have two problems. One is that they don’t want to study history, and secondly, having lived in this country for a very long time, probably all their lives, don’t understand English irony.” Considering the many UK Jewish writers of both comedic and non comedic content it will be of amusement to many when and if he is in the witness box.

It is often said that the mores, habits and opinions of those living in the USA eventually find a new lease of life on this side of the Atlantic. The output of Hollywood post WW2 certainly facilitated the spread of American influence all over western Europe but especially in Britain.  English nationalism was encouraged by the rise and rise of Donald Trump....MEGA. Woke and its apparent subversion of our universities and other institutions in direct contradiction of a nationalistic trend appeared firstly in America.  The Oxford English Dictionary traces the earliest such usage to a 1962 New York Times Magazine article titled "If You're Woke You Dig It" by African-American novelist William Melvin Kelley, describing the appropriation of African American slang by white beatniks.  The earthquake of the USA Supreme Court on Roe v Wade has already sent tremors 3,000 miles in our direction. Those who are involved in the continuing availability of abortion rights in Britain are expressing fears that a gateway might open for hard right Christian fundamentalists to make inroads with parliamentary supporters to change the status quo we have long taken for granted in this country.

Considering that burglary is one of the most awful non violent crimes  and can be tried at the lower levels of harm and culpability in the magistrates court the MOJ in its wisdom has no corresponding statistics.  Perhaps it`s too busy figuring where next to close some more courts.

Boris Johnson has discovered the opprobrium of the British people for being a law maker who disobeys his own laws.  We expect standards of behaviour from our public servants which are increasingly being dismissed as irrelevant by those caught in webs of deceit of their own making. Police and Crime Commissioner of Nottinghamshire Caroline Henry is a recidivist speedster on the county`s roads.  To her eternal disgrace she has refused to resign.  In this country there used to be some honour within those who were appointed to senior positions in all manner of occupations and quangos. Exiting the scene before being pushed was a little part of what being British stood for; not any more.  The ranks of so many supervisory bodies are replete with those who have been found wonting and yet have been quietly shuffled off to pastures new where their dishonesty and incompetence continue under a change of banner.

All readers are likely to be aware of the current strike by barristers.  I am fully supportive of their efforts.  Without a continuing flow of juniors justice in our courts will soon be available only to those with the means to fund their own defence.  What I certainly do not agree with is the threat of sanctions upon those withholding their labour that has been voiced by the Lord Chief Justice.  In any legal system there are those who would obey their (pay)master`s voice.  The most heinous example was in nazi Germany and similar kowtowing in China (Hong Kong) and elsewhere is obvious to those who care to keep themselves informed.  The LCJ should shut up.

And finally within the next four years the MOJ will have decided which 4,000 of 33,580 applicants to the magistracy have been selected.  All I can say is that the 2026 magistracy will not be an independent local system of justice. It will be a random collection of people satisfying self selected "diversity" criteria who will neither want to or be able to question their overlords of HMCTS who will treat them as unpaid employees expected to forget any instincts of independence and to to do as they are instructed upon pain of dismissal.