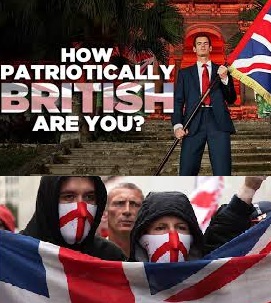 Outside the legal profession there has been very little discussion on what is arguably [choose adjective(s) to suit your opinion] the most divisive, intrusive, necessary, restrictive, overdue, fascistic, legislation in half a century:- The Police, Crime Sentencing and Courts Act 2022.  The very terms in the act`s title are themselves indicative of its widespread nature.  In years gone by each segment would have been a once in a decade piece of legislation.  However it is changes in our society which have given life to the changes in law which will impinge on the lives of all who live in this country.

Freedom of assembly and expression have supposedly been hard wired into our unwritten constitution. There are arguments for another time perhaps that that is a myth exploited by successive governments so that the majority can control the vociferous revolutionary minority which exists in this country as it does elsewhere.  Apart from 1939 - 1945 it has largely succeeded. Many, perhaps most of the general public will find it incredible that until 1968 theatre censorship had existed since the sixteenth century and a 1737 Act appointed the Lord Chamberlain as official licenser of plays and regulated restrictions on drama. Little changed regarding the censorship of plays with the passing of the 1843 Theatres Act, which was still in place over 100 years later. Oh! Calcutta! is an avant-garde, risque theatrical revue created by British drama critic Kenneth Tynan. The show consisting of sketches on sex-related topics and full frontal nudity was a smash hit in the West End where I saw it in 1970.  It was a reaction to the artistic freedom offered by the abolition of restrictions and censorship.  Similar changes allowing freedom of expression artistically, politically, individually and en masse were a characteristic of the latter half of the 20th century.  And then at exactly this time came the IRA and murder wholesale, the Vietnam War, the Yom Kippur War.  The fall of the Berlin Wall and the collapse of the Soviet Union followed by a prime minister lying to parliament to allow British troops to be aligned with Americans in the invasion of Iraq further eroded general confidence that what could be termed a British way of life really did exist on a different level from other western nations. Not just different but better: not just better but way better. The tumultuous political events this century have seen so far; a financial crisis followed by austerity,  Scottish nationalism rearing its ugly head,  lies upon lies persuading so many that it`s better pissing in from outside the EU tent than pissing out from inside, a trio of the most incompetent prime ministers in a century and a pandemic which has changed the lives of millions for ever.

All the above and more have led to the above Act. Prior to its  Royal Assent I sat in an hour long stationary queue on the M25 with thousands of others owing to proto fascists calling themselves activists  attaching themselves to the tarmac obstructing traffic. Some of those have been jailed after blocking roads, disrupting court proceedings and in one case climbing on top of an aeroplane in an attempt to draw attention to the escalating emergency.  Earlier protesters blocked oil refineries.  Members of protest group Insulate Britain spent Christmas serving prison sentences for contempt of court for breaching injunctions banning their road block protests.  Ben Taylor was jailed for six months after telling judges if they freed him he would “go out and block the highway at the earliest opportunity” and would keep doing it until the government acts.  The government has  acted but perhaps not in the way Taylor and his ilk had hoped for.  Their fanaticism bordering on early tactics of  20th century fascists has led to precisely what they perhaps wanted but this country desperately cried out for; authority to ensure the minority cannot rule the majority by a complete disruption of the lives of that majority for political ends.  No doubt so called environmental groups wish to see provocation ensue by the imposition of the Act and sympathisers flocking literally to their banners and barricades. Their desire is anarchy followed by revolution.  The history books are complete with examples. This part of the Act; Part 3 Public Order at least  is required reading for all who can consider themselves a patriot....a person who loves, supports, and defends his or her country and its interests with devotion  but refute the nomenclature nationalist..... a person who strongly identifies with their own nation and vigorously supports its interests, especially to the exclusion or detriment of the interests of other nations.  The difference might seem subtle but it might be the difference between this country being fit for our children and grandchildren or fading into the twilight of history as others have throughout time.

Operation Zygos launched in Cyprus Posted on 15th April 2014
Scotland to switch to driving on the right if independence given green light Posted on 01st April 2014
Yes Scotland support hits record high Posted on 07th April 2014
Belfast flag violence: Loyalists petrol bomb police car Posted on 11th December 2012
FORCES AND OBJECTS Posted on 05th June 2015
GOVERNMENT AND LAW Posted on 16th December 2019
In the meantime the PSNI just get on with the job.. Posted on 14th July 2011
What if the BNP would crawl back under its rock? Posted on 27th February 2011
Anything new in politics? Posted on 26th June 2011
Music Matters (Pt2)â€¦ Posted on 28th January 2011