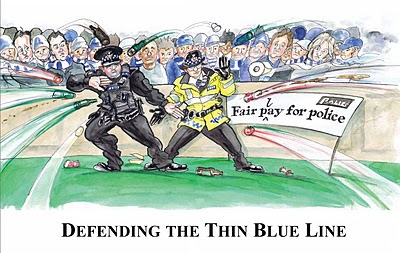 Following our recent articles summarising the responses from the police pay and conditions review, we were delighted to be asked to contribute to the November issue of the Police Federation magazine "Police".

The independent review of pay and conditions of service for police officers and staff began on 1 October 2010 with the opportunity for officers and staff to voice their views and concerns up until 29th October 2010. The deadline has now passed and we have collected all the comments which will be available on these pages shortly. A massive 7,102 comments were received in response to the seven questions asked on the Home Office site http://review.police.uk/index.php

To read our article in the Police magazine click here.