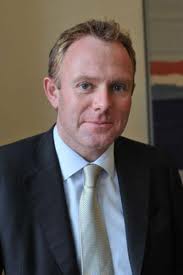 Herbert, and his boss Theresa May, were given a brief to reform the police at all costs. To reduce pay, pensions and allowances. To bring in private sector management practise's and to privatise large sections of the service. In other words, to totally ruin the only effective part left of our ludicrous justice system.

I have met Herbert. He is an arrogant man who has no time for anyone at the 'coal face.' Views that contradict his own or that of his brief are an irrelevant annoyance. He has no idea what consultation means. He is typical of this Government, who seem to be completely out of touch with the realities of the recession for ordinary people. We are NOT all in this together.

Herbert resigned for two reasons. Firstly, he felt having done the bidding of his masters, and with his arrogance, he deserved a promotion in the latest cabinet reshuffle. Secondly, he knows what a mess policing reform and privatisation is going to make of the police service. He did not want to be left in post to take the blame for his decisions.