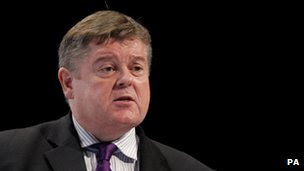 Paul McKeever
It has just been announced that the Chairman of the Police Federation, Paul McKeever, has died unexpectedly. He was taken into hospital and it is believed he died of an embolism.

I knew Paul and he was a real gentleman and probably the best Chair the Federation has had. The Federation can be seen by some as ineffective but within the constraints of having no industrial rights Paul worked extremely hard to fight for the police service and was a great politician. Here he is in action at the 2011 Conference.


Paul was due to retire in two weeks time. His retirement was unexpected. His wife is ill and needed his attention at home. This is a tragedy. RIP Paul and thank you for everything you did for policing in this country.