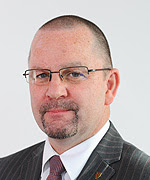 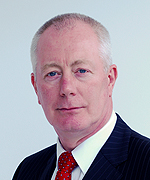 Ian Rennie - General Secretary of the Police Federation of England and Wales
Paul McKeever was a Metropolitan Police Sergeant and, until his untimely death at the beginning of this year was, in my opinion, one of the finest Chairs of the National Federation we have seen. Paul was very much focused on diplomacy, influence and negotiation. Paul did his best to clamp down on Force Federation officials becoming too vocal over the Plebgate affair, but was ignored by some and this caused significant damage. Paul understood that Plebgate might result in a Government led review of the Federation and he was the architect of the current review. He believed that the Federation submitting to an independent review would obviate any possible Government led review.
Following Paulâ€™s resignation, and shortly before his death, Steve Williams, an Inspector from North Wales was elected as the new Chair. His arrival coincided with the Home Secretary, Theresa May, announcing the Governments decisions on the Winsor review. There was no good news for the Federation. Negotiations were seen to have been totally ineffective and Winsorâ€™s recommendations were almost all accepted, resulting in huge losses to police pay and conditions. In a clever move though, May deferred any decision on compulsory severance until July.
Under pressure from local Forces the National Federation had been instructed at Conference to hold a ballot  on industrial rights. This was seen as a means of letting the Government know that officers had had enough. The National Federation did not want the ballot and dragged their heels over it. The ballot was eventually arranged for February.
Many people, myself included, believed that the ballot should have been postponed until after the decision on compulsory severance was made. Police officers have always been regarded as servants of The Crown and normal employment law does not apply to them. With the already accepted changes to rights overturned by Winsor, compulsory severance would mean the police being treated almost no differently to any other employee. In that case they should have the same industrial rights.
The ballot went ahead in February. It was poorly organised and advertised. The Fed hierarchy added a self imposed twist. They said the ballot would have no effect unless more than 50% of the electorate voted in favour of industrial rights. The ballot was an inevitable failure. Only 42% of officers voted although 81% of those that did, voted for industrial rights.
The ballot was an own goal for the Federation and gives the Government the green light to impose compulsory severance and any other changes they might wish to. All the new Chair of the Federation, Steve Williams, could say was "it would not be appropriate to undertake a course of action that could potentially change the employment status of more than 133,000 police officers if fewer than half of those officers have voted for us to do so." He seems to have missed the point that the special employment status has already gone. 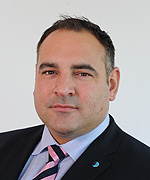 Will Riches - Chair of the Constables Central Committee
We now have a belligerent, Met Chair of the Constables Committee, Will Riches, combined with frustrations regarding the apparent ineffectiveness of non Met and non Constable rank Principal Officers leading the Federation. The Plebgate review is seen by the militants as further capitulation to the Government who have already run roughshod all over the police.
One thing is for certain. Federation blood is going to be spilt over the carpets at the swanky HQ in Leatherhead, Surrey. Whether that blood is the Chair, Steve Williams, Secretary, Ian Rennie or the aforementioned Will Riches we will have to wait and see.
The main point though is that the Federation need to resolve their squabbles and get their act together and start representing their members. They have failed to achieve almost anything for members in the wake of Winsor and officers are beginning to leave the Federation in their droves. They can no longer afford the membership fees and have seen little return for their investment. If the Federation don't start representing members effectively, and soon, they will find they represent no-one.