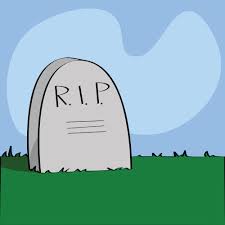 Police Federation of England and Wales

The Chair of the PFEW, Steve Williams, has recently published a report on the Federation website following a meeting he had with the Prime Minister. Mr Williams describes this meeting as constructive. How he can write anything positive about it I do not understand. The Prime Ministers comments sound the death knell for the Federation. Does Mr Williams even understand this you wonder?

The poorly organised and flawed ballot on industrial rights held by the Federation in February has given the green light for the Government to introduce compulsory severance and implement any other changes they wish to. The decision to hold the ballot before the decision on compulsory severance; the lack of support in the top echelons of the Federation for the ballot and the decision that the ballot would be of no effect unless 50% of the electorate voted in favour were crass and short sited.

Following a campaign in the media, Francis Maude made an announcement last year regarding full time union activists in the civil service. He has stated that they will spend no more than 50% of their time on union activities and they will not get paid time off to attend national events such as Conference. You can read a bit more here if you wish. This has been on the horizon for over a year but the PFEW only appears to have now woken up to the fact that these changes will affect them too.
Implementation of these proposals in the Federation will effectively leave them in a position where they are irrelevant. That appears to be the plan. Officers are already leaving the Federation in significant numbers. When they find no one has time to represent them with regard to complaints or management decisions then they will leave in their droves. The Federation will lose much of its funding and implode into insignificance.

Finally, the Prime Minister told Mr Williams that his officers must behave themselves and be respectful to Government representatives at Conference. If they don't then the Government will no longer come to the party.

The Government have made it pretty clear that they are going to continue walking all over the Federation. The Federation have played almost all their cards by staging the failed ballot in February and may have to just take it. One avenue that may yet be open to the Federation is Europe. European police forces have the right to take industrial action and it may be that a case can be put to Europe that there is no justification for UK police forces having those rights withheld. This will take years though. I am not sure the Federation will be around to see it implemented. Assuming we are still in Europe, of course!