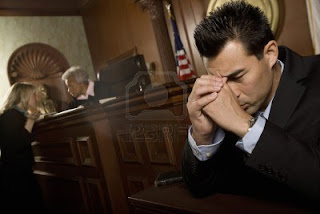 You may have missed the recent case in the press regarding rape allegations. A woman made an allegation of rape on the basis that she consented to sex but told the man involved that he mustn't ejaculate inside her. He told her would if he wanted to and did just that. Prosecutors decided that they could not charge him as the man's action could have been spontaneous and the decision beyond the point of no return, so to speak. The woman challenged the prosecutors decision in the High Court and the learned judges have decided that breaking conditions placed on intercourse can amount to rape. They have ordered the prosecution to review its decision.

Rape allegations already cause significant debate and not inconsiderable hysteria. The usual, and sensible, argument of innocent until proven guilty doesn't seem apply to rape allegations. All men accused of rape are guilty and must be convicted, according to some. Some feminists and pressure groups are campaigning for the law to be changed; to reduce the burden of proof in rape cases; to upturn the law so that the defendant must prove that consent was given.

When most people think of rape they think of a woman walking alone down a street and an attacker forcing them into an alleyway or something similar. The truth is that the vast majority of rape allegations involve someone known to the victim. It may be a family member or friend. It is often a man met in a pub or club. The most common scenario is one where a woman meets a man and, after a few drinks, agrees to go somewhere with him and sexual intercourse takes place. The critical point to prove will be, was consent given? It can be very difficult to prove that consent was not given.

I saw another interesting article yesterday. After six months in post as HMIC, Tom Winsor has decided that, in these times of austerity, the police should focus their energies on crime prevention rather than catching offenders. Most of us who have been in the job for a while understand that crime prevention was always the first of Robert Peels nine principles of policing.

Crime prevention is good. I think though that Peel's vision of prevention was having a visible policing presence looking for potential crime and criminals. It was also catching offenders and a justice system that imposed negative consequences. In the case of prolific offenders or serious crime it probably also included incarcerating them, thereby protecting society from their offending. I wrote an article about our ineffective justice system. How the police have withdrawn from the streets. How victims are blamed for offences against them. How the justice system fails to punish offenders and in fact rewards them. I won't go on about it again. You can read it here if you wish.

Mr Winsor's advice simply confirms everything that I said in my article. We can no longer afford to protect the public. All we can do is tell them to get a house alarm, window locks, 5 lever dead locks on the doors. Don't leave valuable on display in and lock your cars. Don't walk around in public using expensive phones, iPods, laptops Etc. If you ignore this advice then it is your fault for being so stupid when your property is stolen or you are assaulted.

None of this crime prevention advice will apply to rape victims however. If we dared to tell women what to wear. If we dared to suggest they don't get drunk. If we dare tell them not to get in a taxi with someone they have just met, we will be met by abuse and rage from some quarters. Suggesting that women behave in a particular way to protect themselves is an abuse of their right of freedom to express themselves and men have just got to learn to respect that. If only these freedoms applied to all crimes.

For the record I believe that if any man rapes a woman; whether they are drunk or not; whatever they are wearing and however stupid they may have been; he deserves to have his appendage removed or whatever prison sentence comes to him. I don't believe that woman need to appear in public with nothing more than their eyes showing to enable men to keep control of themselves. But I have seen too many hungover young men arrested and put through the mill because a woman was unsure as to whether or not she had consented to sex the night before.

If we are now saying that women can be raped if men breach conditions of sex then it is even more important that the usual safeguards and protections in place for defendants are kept in place. Reducing the burden of proof or bringing about proof of consent by defendants will bring about injustices just as perverse as guilty rapists going free.