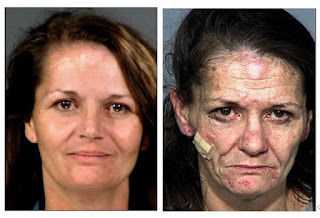 Drugs - Never Did Me Any Harm!
A long time ago now I wrote an article vehemently against drug 'legalisation' and received the wrath of the liberals and users/addicts who believe that de-criminalising drugs will in some way improve the current position. I have not changed my view and having seen the real world of drug addiction, I loathe drug dealers.

Most of you will have read the story the death of Isobel Reilly  a 15 year old girl who died of a drugs overdose. She was at a friends party. The hosts father went out leaving a bunch of 14/15 year olds to themselves. (I love this laid back attitude that you just leave young people to it and they set their own boundaries.) The daughter knew her father kept a stash of drugs in his room. She and her friends went and found them and consumed them. Cannabis, Ecstacy and Ketamine. Just the sort of thing that every liberal freethinker has stashed unlocked in their bedroom. Isobel died and three others, including the 14 year daughter of the occupant, ended up in hospital. The father Brian Dodgeon, a University Lecturer and owner of the drugs was arrested and released on bail.

You may have also read that last Tuesday Mr Dodgeon jumped off a bridge in a failed suicide bid. He is in hospital with two broken legs.

Now, I am not suggesting that the case to continue to criminalise drugs hinges on the death of this young girl. The case does however highlight that liberal parents and drugs are a dangerous combination. Drugs are bad for you, whether you smoke a bit of cannabis, do some coke or ecstasy at weekends or you are a heroin addict stealing or prostituting yourself for your next fix.

We all have a responsibility to young people to set an example and encourage others not to break the law or do things that are injurious to their health and well being. Parents using drugs, no matter what their personal views, is wholly irresponsible and wrong. It isn't fashionable in today's liberal society, but it is about time public comment and influence on behaviour was reintroduced without the outcry that we should not be judgemental of peoples choices no matter how stupid they are or how much it costs us. People like Mr Dodgeon deserve to be judged.