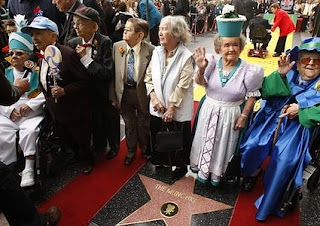 I have mentioned before that my job involves attending a lot of meetings. I came to realise that many of these meetings are a complete waste of time. I stopped attending many and nothing happened. I had more time to do my job and focus on policing. The service we provided did not suffer. I thought I was not missed.

My boss recently told me that I had not been attending the Town Centre Management Group meeting. I had been missed and they would like me to attend. So I attended. The agenda had nothing on it that I thought need my presence but clearly I was wanted. Item 7 on the agenda was the turning on of the Christmas lights in the High Street. I was excited to hear that Snow White and the Seven Dwarfs will be the pantomime at the local theatre this year and the actors taking part will be invited to turn on the lights. The actors will stand on the first floor balcony of the town hall. Concern was expressed that people would not be able to see the dwarfs on the balcony. A suggestion was made that the dwarfs could stand on a bench so they could easily be seen. There was then concern that the dwarfs might get caught up in the excitement and fall off the balcony. The solution: We can stand the dwarfs on a bench but have them all wear harnesses and tie them to the building so they cannot fall.

So, nearly two hours into a meeting that has no relevance to the police at all, we have discussed for nearly half an hour whether some dwarfs from the local panto can stand on a bench and whether they should be harnessed and tied to the building to ensure they don't fall off the balcony. I kept having to remind myself, this was not a dream and this discussion was really taking place. You couldn't make it up!