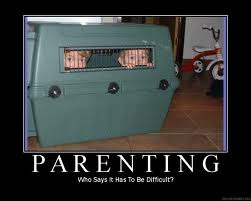 I never forget about 25 years ago executing a drugs warrant at a Local Authority house occupied by two drug addicts who dealt drugs, got drunk, committed numerous public order offences and stole anything that wasn't bolted down.

Any police officer will know the couple. Let's call them Wayne and Waynetta. They don't like the police because the police regularly deprive them of their liberty. But Wayne and Waynetta had a baby. The baby was a dispensation from any effective punishment by the Courts. The magistrates were always told that Wayne was about to get a job having realised his responsibilities, and he would soon be a fine upstanding member of the community supporting his family. Waynetta was a devoted mother who was doing her best to tackle her drug habit.

When we executed the warrant their child was two and just starting to talk. The child was living in squalor with two drug addicts who could barely look after themselves never mind a child. While we were there, Wayne thought it was a great wheeze to point at one of us and tell the child to repeat his phrase 'fucking pig.' Oh how he laughed on hearing the young child repeat what he said.

At the time I was a naive young PC and I thought it was outrageous that anyone like this should be allowed to have responsibility for a child.  I wrote a long report detailing the living conditions and the behaviour of the parents during this search. The report was sent to Social Services. I didn't hear any more. Several weeks later I telephoned Social Services to ask what was happening about the family. I received a phone call later from their Social Worker assuring me that she was working hard with the family but there were no grounds to remove the child from the parents. Sixteen years later the child was sentenced to five years imprisonment for supplying drugs and GBH.

I have lost count now of the number of young people being arrested and brought into custody who are the offspring of the parents I was arresting a generation ago. Our social and justice systems are not effective in dealing with this never ending cycle.

Here is another woman who is unfit to be a parent. The poor toddler sat on her lap might be a future member of the National Front and what are the chances of him escaping a Court appearance at some time in the future?