One MP Whose Career Is Going Nowhere 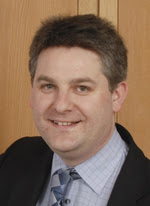 MP Philip Davies has been at it again. If you have the time have a look at some of the questions he has been asking, especially of that waste of taxpayers money, the Equal Opportunities Commission. We seem to have one MP in Parliament who is down to earth and sees the justice system and political correctness for the sham it is.

These are his views on the Legal Aid, Sentencing and Punishment of Offenders Bill currently going through Parliament.  This is yet another piece of legislation that will ensure that even fewer persistent offenders will be sent to prison. The result being that even more prolific offenders will be roaming our streets looking for even more victims. Unfortunately, his views will simply ensure that Mr Davies career is a short lived one. You don't get anywhere in Parliament without toeing the party line.

This link is to the Daily Mail. I do not usually read the tripe in that rag but I have been able to verify, in this case, the facts are largely true. This highlights the complete ineffectiveness of the justice system in protecting the public from criminals. Persistent offenders with hundreds of convictions are routinely bailed and given non custodial sentences. The whole focus is on the offender and saving money. Victims and public protection are at the bottom of the list.

I am currently compiling an article regarding my thoughts on the current justice system. This will be an honest personal view and will not reflect the political claptrap infested in senior police management from Government. Watch this space.

Army Career â€“ This was definitely the stuff I joined up for Posted on 21st September 2012
Military policeman, pilot, photographerâ€¦ Posted on 19th April 2013
Police Dog Training Posted on 18th February 2010
Would the last one to leaveâ€¦ Posted on 15th July 2012
https://ianchisnall.wordpress.com/2016/12/30/a-very-professional-career/ Posted on 30th December 2016
The Sickness in the UK Police Posted on 06th August 2013
Dorset Police is saying goodbye to one of its most well-known dogs who is retiring following a successful eight-and-a-half year canine career. Posted on 11th September 2014
PC Martin Gayles and PD Thor take to the streets Posted on 07th July 2014
Its all in the genes Posted on 13th June 2012
ERA 3rd Class William Shaw DSM Posted on 03rd March 2012