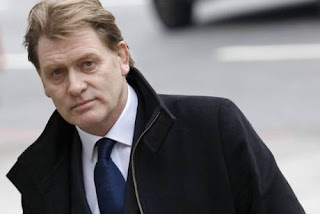 MP Eric Joyce
There has been a lot said already regarding the behaviour and sentencing of Labour MP Eric Joyce. Mr Joyce went into the Strangers Bar in the House of Commons. He was drunk. He was abusive and then attacked a number of people in the bar, headbutting at least two of them. He caused injury to more than one of them. When the police attended he resisted arrest and had to be forcibly restrained. He was charged with four counts of common assault, the lowest charge that can be put with regard to a criminal assault.

As we know, Mr Joyce has been fined Â£3000. He has to pay compensation of Â£1400 to his victims. He has to complete 12 months community work. He has a weekend curfew and he is banned from licensed premises for three months. In the circumstances the judge did pretty much all they could taking account of the charges.

Mr Joyce has announced that he has no intention of standing down as an MP and will continue in that role until the next election. Quite rightly commentators have expressed their outrage that Mr Joyce has not gone to prison and that he will remain in his job as an MP. Imagine the furore if a police officer behaved in this way and was still allowed to keep their job. It appears that law makers are not required to have the same morals and ethics as law enforcers.  There is still one rule for those 'above stairs' and another for those 'below.'

The real issue regarding this case is that Mr Joyce was never going to prison once the Crown Prosecution Service (CPS) had ensured, as usual, that the charges preferred were at the very bottom of the scale. They are an integral part of the justice system that tries to keep our prisons empty and ensure deterrence and consequences are obsolete.