What happens when you get arrested? 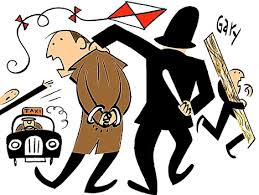 "Please Sir, what happens when you get arrested?"
"That's an interesting question Timmy! Why do you ask?"
"I have questionable Internet habits so it's only a matter of time Sir!"
"Ah."
"Timmy, There are many ways to get arrested. You can go straight for the money shot and punch a policeman in the face. Don't go for a fat one or they might not catch you. Or you could get along to the Changing of the Guard and shout, 'Bomb! I've got a fucking bomb!' Some people prefer the convenience of the Internet with the option to either hack the Pentagon or simply call your girlfriend's mum a slag on Facebook backed up with a picture of your penis."