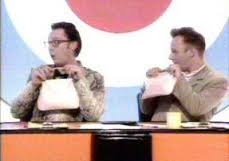 Much to my surprise, it seems that my inane ramblings have caused some upset in the Police Service. I have been sent this Cease and Desist letter! Shared for the information of all my loyal friends and followers. Is this it for the World Weary Detective? 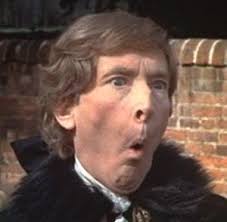 
I write on behalf of Dumas, Theeve and Phallus Solicitors of Lower Pond Street, London W1. We have been instructed by the Police Service (TM) (also known as Babylon, Feds and Five Oh. Previously trading under the names, Pigs and Old Bill with recognition of the proposition ACAB)
We have been instructed by the Police Integrity Group to raise issue with the following 'blog' post which we assert was created by you, and for your own entertainment. This 'blog' post is entitled, 'An Introduction to the Police.'
Link to blog by Inspector Brackenridge in dispute
It is hereby asserted that you did not seek the relevant authority to use the term 'police'. This term has been subject of copyright by the Association of Senior Ass Hats for a number of years now. It is sought to claim intellectual copyright damages from you and anyone who has either read, shared, glanced at or thought about your 'blog' post. Our client will be seeking to claim like damages from public services across the world who seek to use the term 'police' without said payment. This matter will not be progressed in the United States of America due to their initial response to our first demands whereby they threatened to shoot our limey ass.
Our client has offered the following rebuttals to your 'blog' post having sought opinion from the persons defamed within. There responses are quoted verbatim. In relation to the What happens when you get arrested? blog post we are instructed that the subject, Chief Inspector Little Timmy, has declined to engage in legal proceedings because he is very very upset, and you are a big bully and a really nasty man. Pah!
Commissioner of Police Lord Sir J Grossweiner:
Right, I'll go first. Yes, I am in charge, and at least you acknowledge that. The Police Service are the best in the world, and I am the best policeman. Some Chief Constables think they are as good as me, but I've got the best title. That twat from Merseyside tried in on so I stuck a nut on him to let him know what's what. Anyway, I've just decided to retire and sit with the derelicts in the House of Lords. Nothing to do with the Mayor, but I did spray a bit on wee on his trousers in a nightclub last week.
Commander Malcolm Sackrider:
Hello, yes, thank-you. Hi. Ok. So I am somewhat saddened by the portrayal of the noble rank of Commander in the blog post by Inspector Gadget. To be honest, we all sat around at tea on the night it was first published and felt a little sad. Commander Newnuts had to be collected early by his mum. His mum brought Mr Snuggle Pants his favourite cuddly, so he cheered up luckily. I don't think I want to be friends with Inspector Gadget anymore.
Sergeant 'M Mouse Covert Operations NSY:
Covert operations are not for discussion. No comment. Prick.
Sergeant Richard Throbber Territorial Support Group:
That $%$Â£ is a $%$%Â£ and a $%%%$. When I get hold of him I'll %$%$ his $%Â£$ with my riot helmet. That $%%$.
Detective Sergeant Rollo Coster, CID:
Look mate, I've never heard of the woman. I've never met her, and that child looks nothing like me.
Detective Inspector Walter Deekhed Directorate of Professional Standards:
The activities of Inspector Brackenridge, aka The World Weary Detective, have been known to the DPS for some time. We have cached Internet evidence that he is a Guardian reader. I fucking hate lefties. Bringing this country to it's knees. Coming over here taking our jobs. Claiming all our benefits.
Inspector Brackenridge, you are henceforth, always and forever ordered to stop 'taking the piss' out of the Police Service (TM) or proceedings will be instigated.
Yours in perpetual motion,
Mr Hardy Harr, on behalf of Dumas, Theeve and Phallus Solicitor.