An Introduction to the Police

on the 14th October 2016 at 8:05 - Posted in Police Blog
This is the rough draft of one of the opening chapters from my book. It's a quick guide to the different roles within the police.

(This post led to a cease and desist letter from a lawyer!) 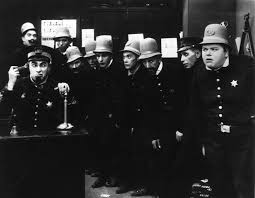 The police contain two sorts of people - men and women. I have worked with both during my career. Police officers can be readily identified by other police officers. The trick is to look for the ones balancing a silly pointy hat on their head. Others will have a variety of pips and crowns or stripes on their shoulders designating rank. The higher the rank, the higher the level of self-regard. You are promoted by people with even higher levels of self-regard than your own. In the Met, the rank structure is slightly different to elsewhere. We have Commanders. Nobody knows what Commanders do, but they all live together at headquarters. Above Commanders are Deputy Assistant Commissioners, Assistant Commissioners and the head honcho, the Commissioner. All these people want to be the Commissioner, so they spy on each other and tell the Commissioner tales to get one up on each other. Commanders and above get their own cars with a driver. When they get promoted, they are given a shiny catalogue and model cars to push around to help them choose. The cars are fitted with blue lights hidden in the front grills and two tone horns in case anyone ever needs a Commander on the hurry up. Nobody ever needs a Commander on the hurry up.