The Big Man from the North East 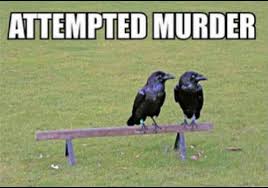 This is the true account of a real life murder investigation. Don't have nightmares.
I was a murder squad detective. Dark days. Dark places. Staring into the depths of the soul, reaching for life but finding death. Everywhere.
We were based at a secret location in south London. There was swingball in the yard. The boss was a Detective Chief Inspector. The Senior Investigating Officer. He was Mr Snugglepants. He had a painting of Helen Mirren as The Queen on the wall.