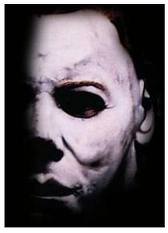 A tale of emptiness. 18 rated.

I put the cat out. The cat, much as I love him, is becoming a bit too much, with his little presents. He never took to the cat flap, looking at it with suspicion when Bob finished with the drill. I think he associated the swinging wood with the roar of the drill. It must have been something to do with male pride, but the cat never used the cat flap. I'm sure he was scared of it, but he wouldn't admit it I'm sure.