The Darkness of the City 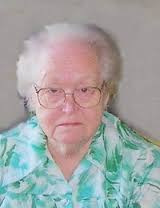 It was the darkness that got to me. The creeping blackness that came with the downing of the light. The sun falling like a punch in the guts. The sewer crawlers sucking at the air, looking at the crescent moon and laughing. I couldn't get the noise out of my head - The sound of her dying.
The screams woke me. I was on the floor again, soaked in sweat. The naked bulb, swinging to the thudding from above. I shook the nightmares from my head. It wasn't real. I reached for a smoke. I had a burn on my chest where I'd left a cigarette when I'd fallen asleep. It wasn't the first time. I was numb. The mirror showed me the circles patterned across my chest. It looked like Shane McGowan. I pulled my shirt from the floor and wrung out the sweat. It pooled below me then sank into the floorboards. Evaporating like the dreams of youth. When you get someone pregnant. Outside wedlock. Your cousin.

The sweat dripped like a virgins tears into the shower below. A virgin who sweated alcohol. I would stand in that shower to wash away the grime of the city. The grime that corroded the bones and made my head feel like it was being squeezed in a clamp. By a muscular transvestite. I would piss. In the shower.

The thumping got louder. The place was cheap, somewhere to bury my head from the world. I had a bucket of sand in the corner. The bucket was too small. Too small for my head. I felt the tears coming. The pounding in my head. I'd not been concentrating. The trouser zip. My penis. I cried.

Her face. In the picture. I'd put the picture on the floor when I crashed through the door in the early hours. I tried to smash the glass with the heel of my boot, to put violence where there was love, to make hatred my desire. It didn't smash. It was plastic. It was scratched.

I felt emotion coursing through me - The anger that had taken me screaming into the night, into the darkness of the city. I took the photo from the frame and sat under the window. I found a pen, a gift from her. I drew a moustache on her picture, devil horns on her head. The pen was our time together. It had different colours. I'd clicked it to red. The red of my heart, the red of my hatred.

I wrote his name on the wall. Brian. I muttered his name. His name again and again. Bastard.

I heard the call from downstairs. The chance of a lift to school. No. I had a BMX.