A Message for the new Home Secretary

But if one lesson has stood out in recent days, itâ€™s a reminder of that most basic truth: people always matter more than numbers.Â

And, as you start in your new role, I wanted to make a handful of observations about the people who are policing.

Policing is an extraordinary job.Â

People call it â€˜a job like no otherâ€™. Police Officers call it simply â€˜The Jobâ€™. For more than 25 years â€“ until I retired at the end of February this year â€“ it was my breathtaking privilege to stand on the thin blue line.Â

Because, when you strip away all that really isnâ€™t important, the job is to:

Pause and think about it for a moment: these are the things that we ask and expect of our police officers. And I for one wouldnâ€™t have it any other way.

The painful privilege of policing is to venture repeatedly into the hurting places â€“ amongst the broken lives and broken homes, the broken hearts and broken bones. Police officers go where most wouldnâ€™t, and they do what most couldnâ€™t. Iâ€™m endlessly proud of the fact that they do.

These are Extraordinary Times

These are the most challenging times for policing in this country since the end of the Second World War.

And all of this is happening as the long term consequences of austerity continue to bite and policing numbers (and resources) sit at their lowest levels in a generation. We now have something like 21,000 fewer police officers in England & Wales, compared with eight years ago. There have been huge reductions in PCSO and police staff numbers as well.

Still, coppers and their colleagues continue to do an entirely remarkable job: patrolling, responding, investigating, interviewing, arresting, helping, safeguarding, advising, chasing, intervening, consoling, making all the difference in the world.

But the unavoidable fact remains that we have fewer people with fewer resources doing a job that is more difficult, more dangerous and more demanding than at any previous point in my lifetime.

In my time as a Met officer, I worked with heroes.

Of course, some police officers are idiots – capable of all manner of stupidity (and sometimes criminality) – but most of them are just about as extraordinary as people can be.

I donâ€™t say these things to impress or alarm â€“ I say them simply because they are true.

I suspect that weâ€™ve all had the experience of passing a police cordon â€“ at the scene of a crime or a car crash â€“ and wondering what was going on. I had the honour of working alongside those who operate on the other side of the blue and white tape. They tread where most would fear to go â€“ and, invariably, they do so with a mixture of compassion, courage and outstanding professionalism.

A former Met Commissioner used a wonderful phrase to describe what that means in practice. He spoke of theÂ â€˜everyday heroismâ€™Â of those who police our streets and communities.

Iâ€™ve never been able to put it better.

But it can come at a cost.

And I know more good police officers operating under substantially more strain than at any point in the last twenty-five years. People are stumbling under the loads they are carrying. People are breaking.

Home Secretary, I urge you to look beyond the numbers – and to the real lives and real stories of real people: both the officers and staff I served alongside and the public they continue to serve with such extraordinary distinction.

Policing needs your support as never before. 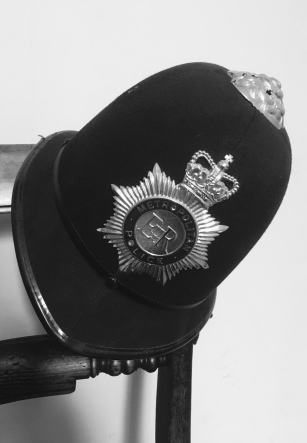