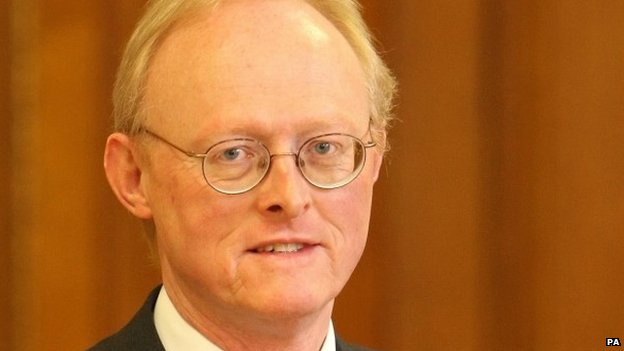 Chief Inspector of Constabulary Sir Tom Winsor said forces had mainly â€œdone wellâ€ with 20% cuts in the past four years, and more savings were likely.

In December, the chief of the Met Police warned public safety would be at risk unless radical measures were taken to deal with funding cuts.
But speaking on BBC Radio 4â€™s The World This Weekend, Sir Tom said: â€œAusterity is here to stay.
â€œThe police have already made, and done it well in the main, cuts of 20% in the last four years and they are facing cuts of a further 5% next year.
â€œThere will inevitably be a time where they canâ€™t take any more but let us remember that measured crime has fallen dramatically â€“ but so have the demands made on the police.â€
â€˜Working smallerâ€™
Asked if there was room for further cuts, Sir Tom said: â€œIn some respects there are further efficiencies to be...

No doubt this story will give the present Home Secretary plenty of ideas â€“ although in some senses, itâ€™s already happeningâ€¦

A local government in north-eastern China has admitted to using security guards to pose as police officers, itâ€™s been reported.

Despite the practice being illegal in China, the Jiamusi city government in Heilongjiang Province issued security guards with police uniforms and even assigned them a rank, Xinhua news agency reports. Chinaâ€™s People Police Law stipulates that police insignias and uniforms are for the exclusive use of the police force. But local government official Zhang Hongbin says the â€œofficersâ€ were brought in to cope with the growing number of complaints filed by the public. â€œThousands of petitioners forcibly enter the city government building every year. The situation was out of control sometimes, even when guards were wearing police uniforms,â€ he says.

The government in Jiamusi had been using fake police officers since...

The six people who were killed by an out-of-control bin lorry in Glasgow city centre included five females and one male, police have confirmed.
The bodies have been removed from the scene and formal identification will take place later. The council bin lorry has also been removed.
Police said 10 others, including the driver, were injured.
The bin lorry crashed in George Square after careering from nearby Queen Street at about 14:30 on Monday.
Of the 10 casualties, four have since been discharged, while six others remain in hospital. Two casualties are in an Intensive Therapy Unit.
The bodies of the victims were removed from the scene overnight in a fleet of private ambulances.
A police investigation is continuing to establish the exact circumstances surrounding the crash.
It is known that the lorry struck a pedestrian outside the Gallery of Modern Art (Goma), then mounted the pavement and travelled hundreds of metres, hitting several others, before crashing into the Millennium Hotel outside Queen...

A gunman has shot dead two police officers sitting inside a patrol car in New York before killing himself.

The head of the New York police said the men had been â€œtargeted for their uniformâ€. The gunman then ran into a subway station where he shot himself.

Earlier he had shot and injured his ex-girlfriend and had posted anti-police messages on social media.

President Barack Obama â€“ who is on holiday in Hawaii â€“ said he condemned the killings â€œunconditionallyâ€.

â€œOfficers who serve and protect our communities risk their own safety for ours every single day and they deserve our respect and gratitude every single day,â€ he said in a statement.
The killings come amid widespread dissatisfaction in relations between police and African Americans.

The gunman was a black man â€“ named as Ismaaiyl Brinsley, 28 â€“ while the two police officers, Liu Wenjin and Raphael Ramos, were Asian and Hispanic respectively.

Earlier this month, a grand jury decided not to indict a New...

Police: Battered to death for being a copper 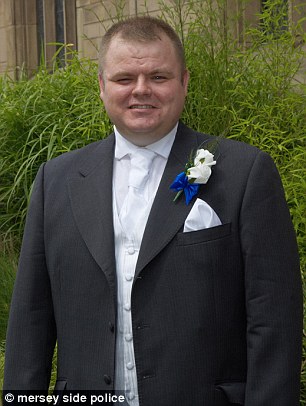 PC Neil Doyle, 36, died after an early morning assault on a group of three officers near a city centre nightclub â€“ just weeks before his honeymoonâ€

The 28-year-old suspect handed himself in to police this evening and is currently being interviewed by detectives, officers said.

Pc Doyle, a 36-year-old beat bobby, was set upon by three men in what his boss described as an unprovoked and vicious attack.

He may have been targeted because of his job.

Badly beaten, he lost consciousness and died in hospital. Two colleagues were also injured in the incident.

Police say it appears the gang of attackers knew their victims were off-duty officers. Sir Jon Murphy, Merseysideâ€™s Chief Constable, said: â€˜Constable Doyle was enjoying a Christmas night out with his work colleagues.

â€˜They were subjected to an apparently unprovoked and vicious attack by a group...

Public safety will be at risk unless radical measures are taken to deal with funding cuts, Britainâ€™s most senior policeman has warned.

He said police forces in England and Wales should merge and share resources with other emergency services.

The prime ministerâ€™s spokesman said the current structure was the right one.

Writing in the Guardian, the Scotland Yard commissioner said that unless police and other public services across England and Wales â€œact fastâ€ and with â€œcourageâ€ to implement far-reaching reforms, the cuts would endanger public safety.

He said local authorities, criminal justice agencies and the police should share support services â€“ and all but core policing functions should be opened up to competition.

Before you read the article and start fuming (like I did!) please read this -

Andy â€“ 1 hour ago
Thanks Police Oracle! Budget cuts are not a positive thing â€“ we have no desire to reduce staff and services! What I stressed was that there is no point moaning about what we havenâ€™t got we need to focus on what we can do with the money we have. When forced into reducing budgets you have to be innovative otherwise you will just reduce service, you have to fundamentally redesign the way you deliver policing â€“ this has led to some positive changes. But no one in their right mind would wish for a budget cut! In Warwickshire we have been one of the hardest hit by the austerity measures, we have lost good staff and the spectre of further cuts hangs over our workforce, so budget cuts are not positive and the headline on this article is misleading. Andy Parker

That was a response to the article by CC Andy Parker. I guess even Police Oracle feel the need to...

Police: Half of crime commissioners are accused of misconduct: Parliamentary committee set to investigate allegations against 23 of the 41 elected officials

More than half of police and crime commissioners have had misconduct complaints made against them.
The police watchdog has received allegations of wrongdoing against 23 of the 41 officials who were elected in November 2012.
The commissioners replaced police authorities in England and Wales in a bid to make policing more accountable, but as concerns grow over their conduct a parliamentary committee is due to investigate the high level of complaints.
The Independent Police Complaints Commission last night said only six of the 43 complaints had resulted in full investigations.
Yet Keith Vaz, the chairman of the home affairs committee, told the Times newspaper the number of complaints was disappointing, adding: â€˜What it shows is that people appear to have lost confidence with the office to such an extent that there is the equivalent of one complaint per police authority.â€™
The Labour MP said he would...

A PC sacked for revealing that Andrew Mitchell called Downing Street officers â€˜f****** plebsâ€™ has said today he would do it again because the MP believed he was â€˜untouchableâ€™.
Whistleblower James Glanville, 47, believes the incident two years ago would have been â€˜covered upâ€™ because Scotland Yard is â€˜more afraid of upsetting politicians than looking after their ownâ€™.
Last week Tory MP Mr Mitchell lost his libel battle for calling police officers â€˜f****** plebsâ€™ who should â€˜know their placeâ€™ because they would not let him through the Downing Street gates on his bike.
Mr Glanville, who leaked details of the row in September 2012, was sacked, racked up Â£13,000 of debt because of spiralling...

Police: We told the police about video game predator who murdered Breck â€“ If theyâ€™d acted, our son would be in our arms today.

The parents of a schoolboy murdered by an internet â€˜predatorâ€™ insisted last night that he would still be alive today if police had listened to their plea for help.

Breck Bednar, 14, was fatally stabbed in the neck by computer engineer Lewis Daynes who â€˜groomedâ€™ him through an internet gaming forum.

â€˜No one bothered to call me back, which was unforgivable,â€™ she said. â€˜I gave them Daynesâ€™s full name, the fact that he lived in Essex, but they did nothing. If they had acted on my information I have no doubt that this would not have happened.â€™

According to Surrey Policeâ€™s own procedures, the phone call should have triggered an investigation to...